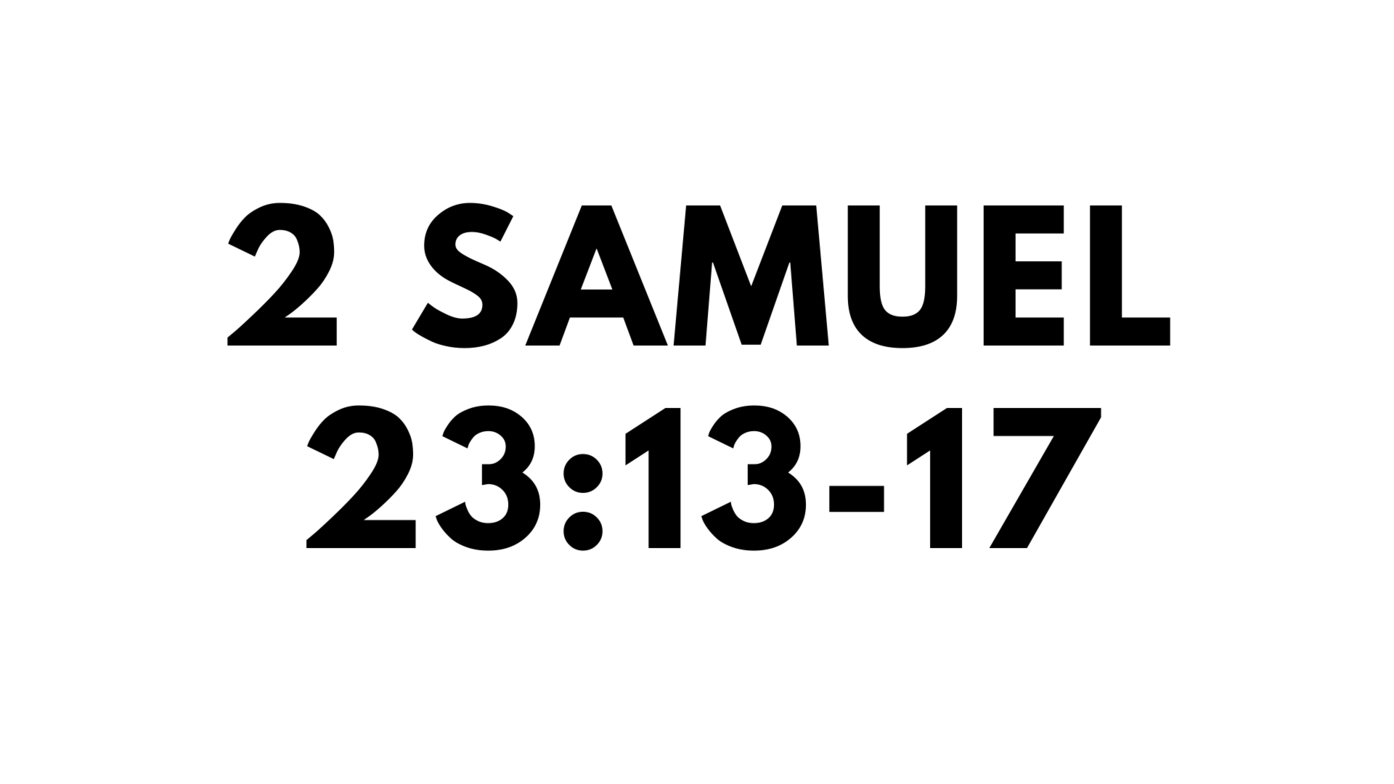 Where does your devotion lie?

Resist the urge to give the canned or “Christian” answer here. Really think about it. What happens when the times get tough? When you can’t see the way? Who or what do you turn to for comfort? Where does your mind wander when it seeks to escape? Who or what is so worthy that they merit your devotion? These Scriptures dive deeply into the true meaning of the concept.

David’s men show clear commitment to their king. Not only had they served valiantly alongside him in countless battles, they were willing to put their very lives at risk to grant him a simple request they overheard-- that of providing the king with a drink of water from his hometown well. They consistently demonstrated commitment in action-- a hallmark of true devotion.

David shows his own devotion to his soldiers. One has to wonder if he even realized that his remark would be heard by anyone let alone his men who would then move at great risk to grant his desire. He was likely quite upset with himself afterward, for saying something so casually, which could have cost his men their lives.

David is also greatly devoted to the Lord. What is so valuable to you that you would only give it to God? David pouring out the water obtained at such a high price is not waste or ingratitude. It was a holy act of worship, giving back to God something that had taken on such great importance due to the sacrifice made to obtain it. It has become so precious in David’s eyes that only Yahweh is worthy to receive it.

The text also mentions David’s location, a cave called Adullam. This was not just any place, but a stronghold of safety for David and a place of refuge he used to escape the relentless pursuit of king Saul. This was a place of rest, of restoration, of refueling. A place to commune with the Lord. No doubt David’s adrenaline had been running high as he battled and escaped, but now he was able to put all of that aside. To pause, to reflect, and regather. In these moments he was overcome with thoughts of simpler times. When you experience those longings, what are the things you desire deeply? For king David, it was something as small as the nourishment, comfort and familiarity of a drink of his hometown water.

Psalm 89 Where Does Your Devotion Lie?