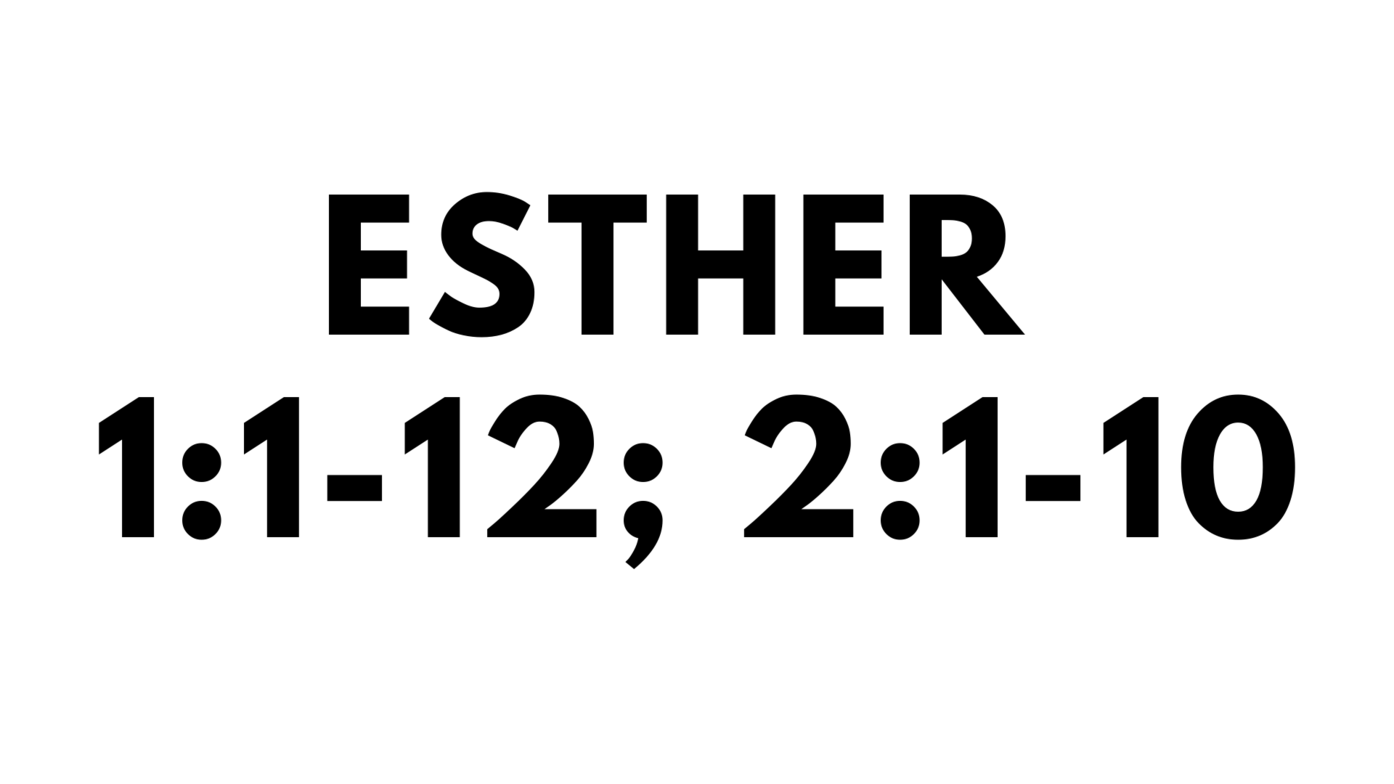 The opening two chapters of the book Esther sets the scene for the book of Esther which begins in 483 B.C. and is set in Persia. At that time, King Xerxes (also known as Ahasuerus) was in power and ruled over 127 provinces. Xerxes is a main character in the story, along with Esther (a Jewish orphan who was chosen as Queen), Mordecai (Esther’s older cousin and surrogate father), and Haman (the king’s second in command who hated Jews). However, there is another silent, but important character, Queen Vashti.

Esther 1:3-4 says (paraphrased) the king invited all his nobles and officials to a banquet where for 180 days he displayed the vast wealth of the kingdom and the splendor of his majesty. Then he gave a seven day banquet for the men that included an unlimited supply of the wine of their choice. Queen Vashti gave a separate banquet for the women. According to Esther 1:10-12, after seven days of drinking when he was “in high spirit from wine”, the king commanded his eunuchs to bring Queen Vashti before him wearing her crown in order to “display her beauty” to his guests (all male guests who had been drinking for seven days - emphasis mine). Queen Vashti refused, and she was replaced.

Not much is known about Vashti; even her identity is debated by scholars, as Vashti is a pet name meaning “desired, best, or beautiful one." Vashti was dehumanized and diminished to a crown on a body to be displayed like the rest of the king's wealth. Interestingly, “Vashti doesn’t utter a word in the book of Esther, and is mentioned only in chapters 1-2: She threw a banquet (1:9); she is summoned (1:11); she refuses (1:12); she is discussed and derided (1:15-18); judgement is pronounced on her (1:19-20); she is remembered by Ahasuerus (2:1); and she is replaced (2:17).”  Though she had no voice in the palace, she was heard loudly in that she upheld the dignity of her role as queen; she protected herself from possible physical harm; and most importantly, she valued herself as a human being even though the king saw her as only an object that could be replaced.  Vashti displayed courage before a king whose power was corrupted, and she lost her position as Queen. But, by her courage and God’s providence, she unknowingly made room for her replacement - a courageous, Jewish orphan named Esther. Esther was taken and also chosen as an object for the king’s pleasure, but she was providentially placed right in the middle of her purpose for "such a time as this."

Motivation for Vocation Two Queens Love Through the Cross

The Holy Cycle of Love