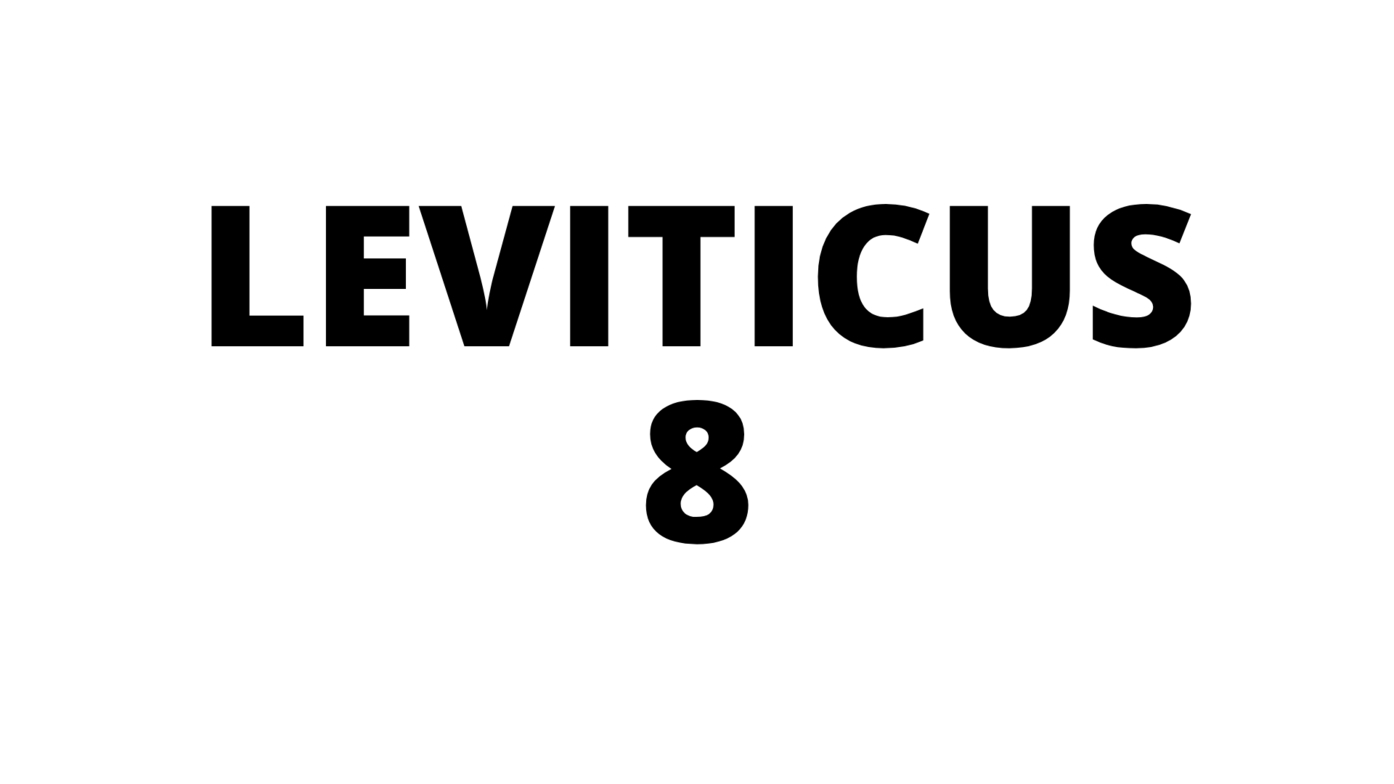 The Lord said to Moses, “Bring Aaron and his sons, their garments, the anointing oil, the bull for the sin offering, the two rams and the basket containing bread made without yeast, and gather the entire assembly at the entrance to the tent of meeting.” Moses did as the Lord commanded him, and the assembly gathered at the entrance to the tent of meeting. Moses said to the assembly, “This is what the Lord has commanded to be done.” Then Moses brought Aaron and his sons forward and washed them with water. He put the tunic on Aaron, tied the sash around him, clothed him with the robe and put the ephod on him. He also fastened the ephod with a decorative waistband, which he tied around him. He placed the breastpiece on him and put the Urim and Thummim in the breastpiece. Then he placed the turban on Aaron’s head and set the gold plate, the sacred emblem, on the front of it, as the Lord commanded Moses. - Leviticus 8:1-9

Yesterday, Pastor Winfred talked about ordination as it relates to our Holiness series, using part of this Leviticus passage as the text. As we take and apply the words God gave him for us yesterday, I thought it would be beneficial to look at a few components of the text I found helpful not only for this devotional, but also for everyday life.

The main reason for the ordination service observed throughout all of Leviticus 8 was to ensure that God was installing qualified people to be their ministers. This service took place in front of the entire congregation so that those qualified were able to disprove any and all scrutiny. This consecration ceremony was made up of several components, most important of which were the following:

Fast forward to today, we see the significance of these practices represented in the new testament with Christ entering the story. Baptism as a public declaration of the newfound life in Christ (John 13:8), being clothed with righteousness (Romans 13:14; Ephesians 6), equipped with spiritual gifts and righteous acts (Galatians 5:22-23; Colossians 3:12; Rev. 19:7-8), being anointed in the Holy Spirit at regeneration so to be set apart , or as we say at Tabernacle the “Tsadaqqim” (2 Corinthians 1:21; 1 John 2:20), and sanctified by the once for all sacrifice of Christ, who’s life we are called to model in every endeavor.

Now that Christ has fulfilled the sacrificial ritual of the old covenant set apart for the consecration of priests, worship and leading worship has been changed dramatically. There is no longer a prerequisite of sacerdotal practices as we see here and throughout Leviticus. We are now a kingdom of priests because of Christ’s advocacy and it is nothing short of a blessing that we are given the opportunity to cultivate the life he has given us without the need for such practices. I pray that this comparison of the “then” and “now” can serve as a reflection towards your spiritual growth and formation into Christ-likeness.

In what ways do you feel your understanding of Holiness needs to be transformed to God’s calling to the priesthood?

Is God calling you to sacrifice something to be a better steward of something else?

Where do you see God leading you to exercise your giftedness to glorify him in serving others?