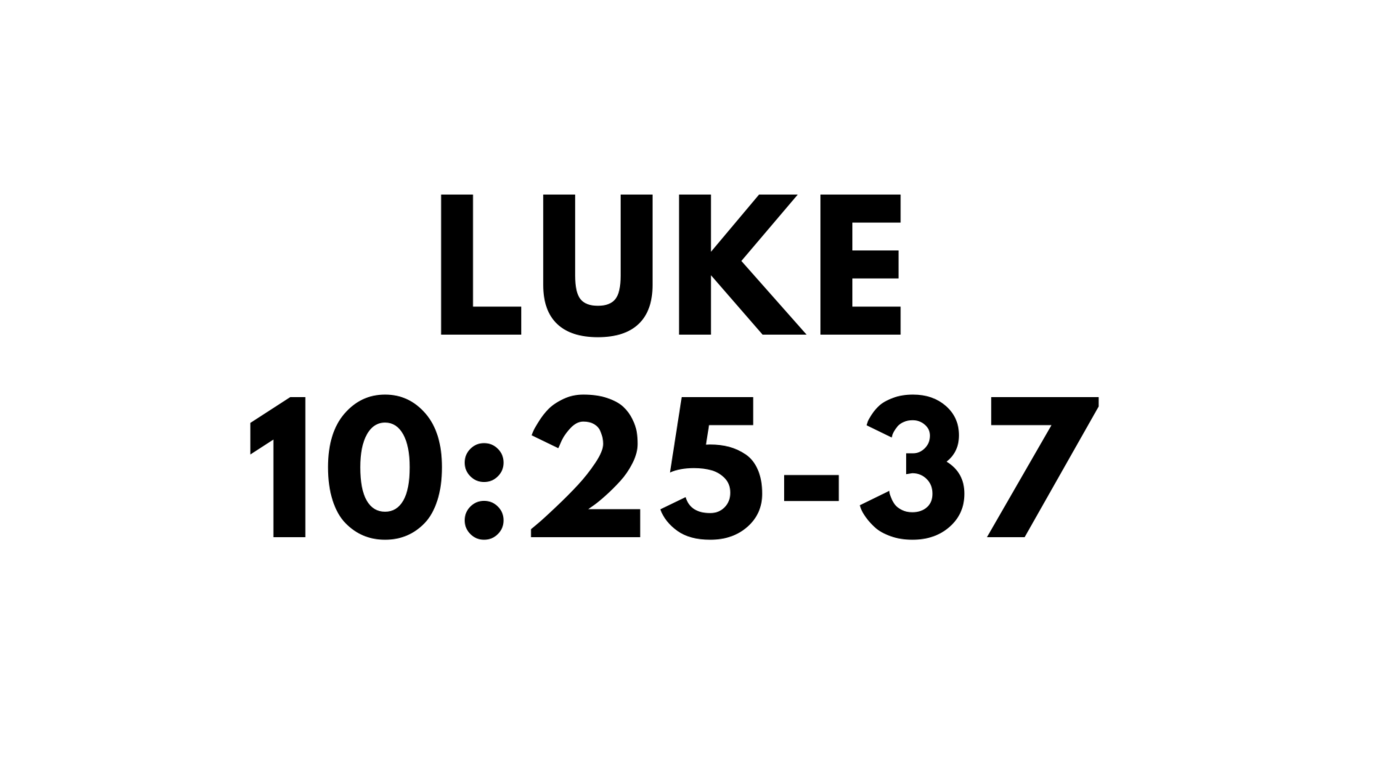 “Just then a lawyer stood up to test Jesus. “Teacher,” he said, “what must I do to inherit eternal life?” He said to him, “What is written in the law? What do you read there?” He answered, “You shall love the Lord your God with all your heart, and with all your soul, and with all your strength, and with all your mind; and your neighbor as yourself.” And he said to him, “You have given the right answer; do this, and you will live.” But wanting to justify himself, he asked Jesus, “And who is my neighbor?” Jesus replied, “A man was going down from Jerusalem to Jericho, and fell into the hands of robbers, who stripped him, beat him, and went away, leaving him half dead. Now by chance a priest was going down that road; and when he saw him, he passed by on the other side. So likewise a Levite, when he came to the place and saw him, passed by on the other side. But a Samaritan while traveling came near him; and when he saw him, he was moved with pity. He went to him and bandaged his wounds, having poured oil and wine on them. Then he put him on his own animal, brought him to an inn, and took care of him. The next day he took out two denarii, gave them to the innkeeper, and said, ‘Take care of him; and when I come back, I will repay you whatever more you spend.’ Which of these three, do you think, was a neighbor to the man who fell into the hands of the robbers?” He said, “The one who showed him mercy.” Jesus said to him, “Go and do likewise.””

We know the words of the law. But do we have a full understanding of what the law means? Even moreso, the intention of the law?  This text brings out these and other questions for us. The lawyer knew the word and was able to repeat them back to Jesus, seemingly without hesitation, but did this lawyer, in his attempt to trip Jesus up, really understand the intention and the heart behind what he was quoting?  Do we understand the intention and the heart behind quoting the greatest commandment?

Jesus’ parable shows us that oftentimes we do not have a good understanding between the intent and heart behind the law. In this parable, both the Priest, whose job it is to interpret the law, and the Levite, whose job it is to serve in the Temple (among other things) go out of their way to avoid helping this man who had been stripped (naked), robbed (of his belongings, humanity, money), and left for dead.  The Priest saw him and crossed the street, the Levite stood over him and still did nothing. To this Priest and this Levite the issues this man had was none of their concern because they did not see him as a neighbor.  However, a Samaritan-- who the Jews hated and lived in close proximity to-- helped the man up (changed his low position), bandaged his wounds (covered him), poured oil and wine (administered healing), then paid for his hotel and medical care and told the innkeeper he would return and pay him back anything that had not been prepaid.

Jesus then asks the question, who showed him mercy? Followed by the statement, “go and do likewise.”  Jesus here expands and makes the law full by showing all of us that being a neighbor is not about having addresses next to one another and it’s not about agreeing with one another but about showing mercy and loving one another. Which brings us to the question, are there any laws we have misinterpreted and thereby misrepresented the love and mercy of God towards others? St. Augustine says, “an unjust law is no law at all.”

Psalm 89 Lead and Steward Wisely Where Does Your Devotion Lie?